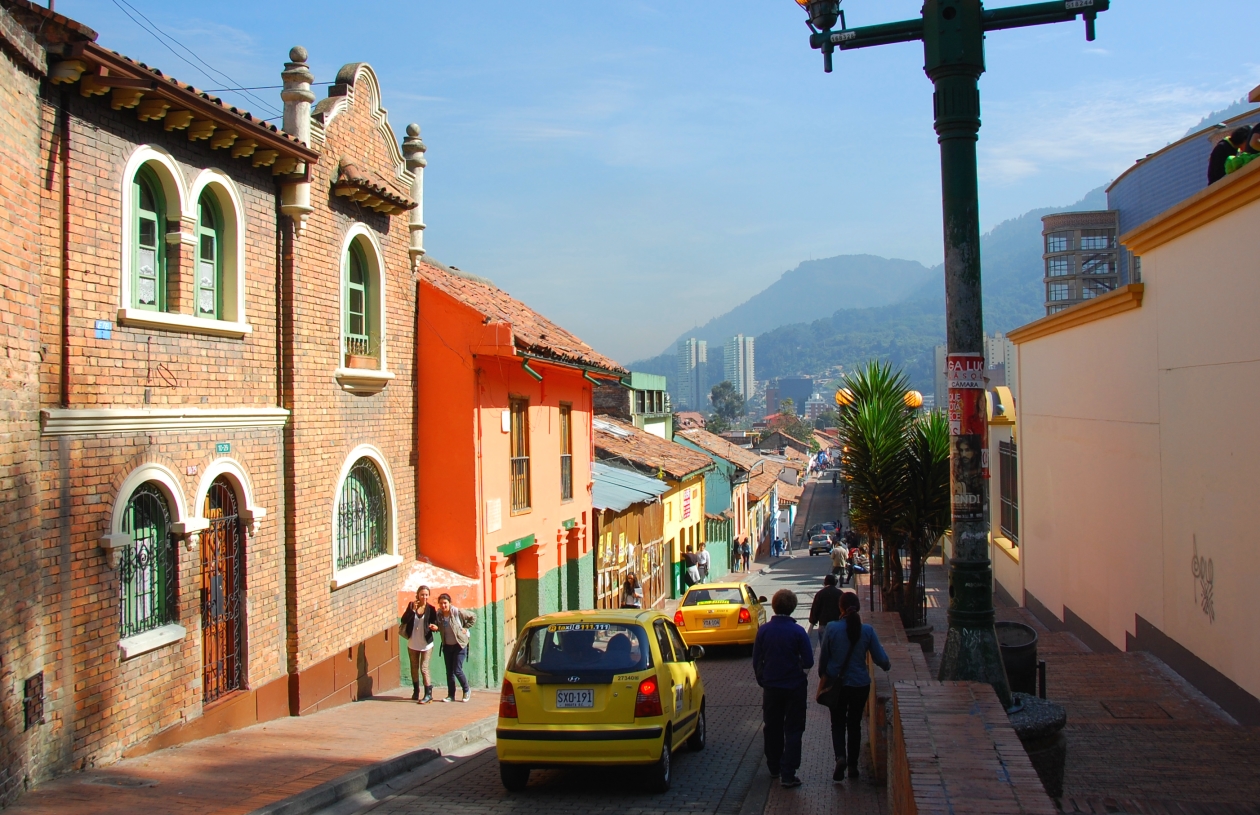 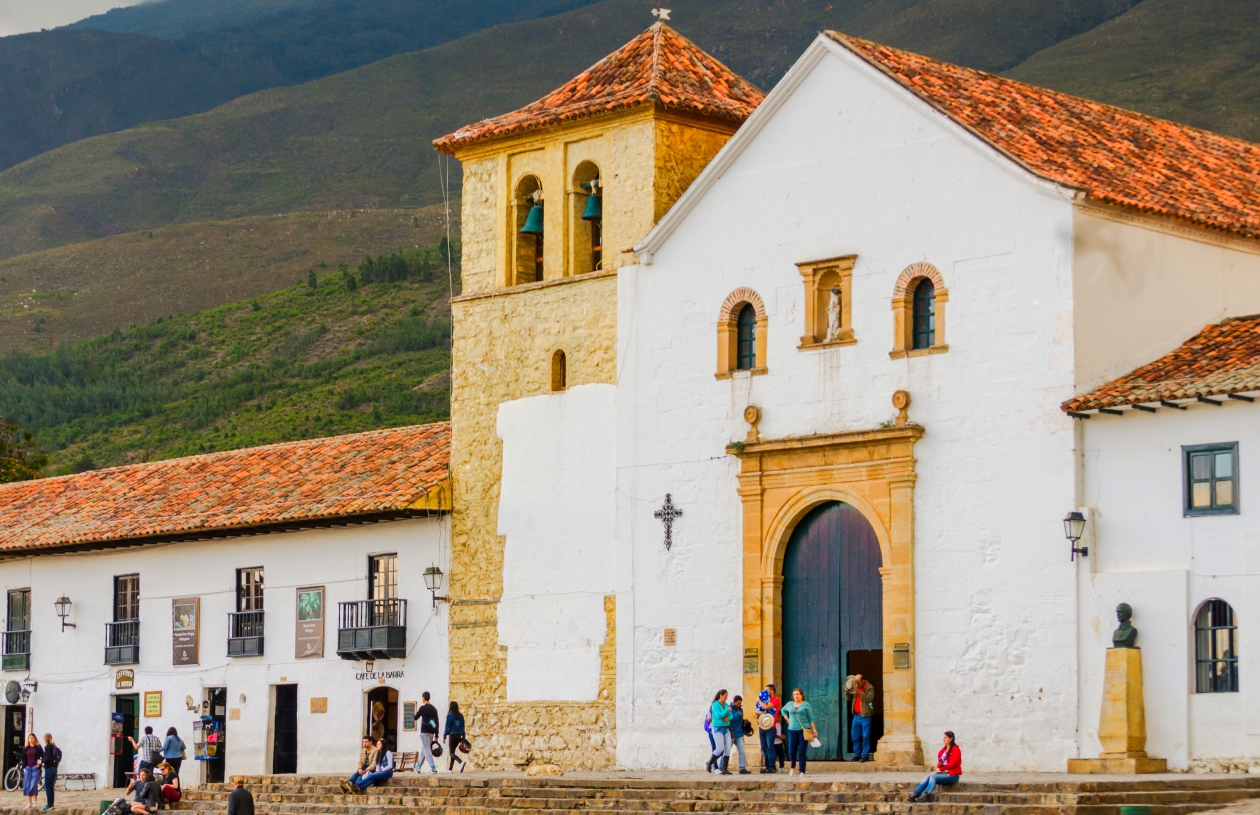 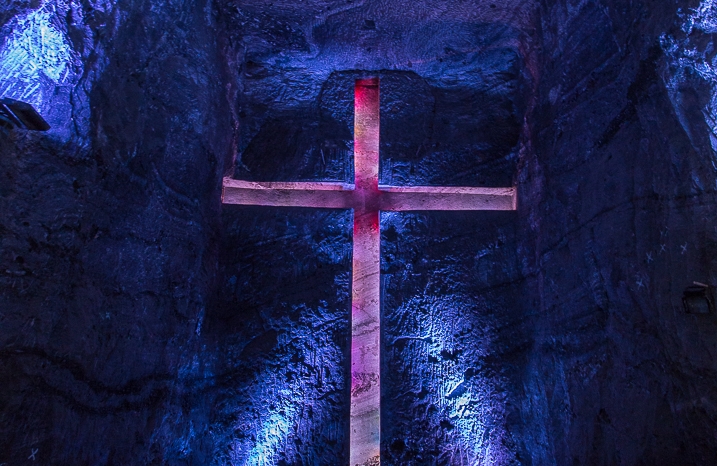 This 4-day tour package is an ideal mixture of cultural, historic, and natural activities and provides a great selection of the must-see destinations in Bogota and its surroundings including Villa de Leyva and Zipaquira. Explore the Colombian capital on our Bogota city tour (guided walking tour), ride the famous cable-car up to the Monserrate Mountain and enjoy the breath-taking views of the city. Explore the unique Gold Museum and the cultural hot-spots of the colonial heart of Bogota.

Experience the ancient sacred indigenous lake of Guatavita and get to know the legend of the gold of El Dorado and the world´s biggest underground cathedral of the old salt mine in Zipaquira. Explore the beauties of Boyaca’s department on the following two days and visit a colonial treasure of Colombia – Villa de Leyva. Here you have the opportunity to dip into the colonial past of the region and see one of the biggest squares in South America. Besides the city, visit the indigenous shrine “El Infiernito”, the stunning water reservoir Blue Wells and cross a picturesque town Raquira that is famous for its ceramic works.

Upon your arrival at the airport El Dorado of Bogotá, there will be a driver awaiting you to bring you to your hotel. Discover the capital of Colombia on this tour, enjoy amazing views and visit the most iconic parts of the city. Go up the impressive Monserrate Mountain, a traditional symbol of the capital of Colombia. From here, you can see the whole city at 3,152 meters above sea level. Afterward, walk through the Candelaria district.

This historical district is considered the place where the city of Bogotá was founded and where the very first church was constructed. Explore the Plaza de Bolivar, the Palace of Justice, the Presidential Palace and walk by the old colonial houses that have shaped the history of the city. See the largest library of South America and pay a visit to the famous Gold and Emerald Museum. To complete the picture, discover the northern parts of Bogotá and learn about cultural differences within the city. Hotel la Opera*****/ Hotel Casa Deco***

This daytrip combines Andean nature and cultural experiences visiting two of the most characteristic touristic destinations of Bogota´s surroundings. In the morning you get to know the famous lake Guatavita. Since the days of the Spaniards, the Laguna de Guatavita represents the origin of the “El Dorado“ legend. The lake belongs to the sacred sites of the indigenous Muisca tribe who used to live in the region. According to the legend of “El Dorado“, the lake is filled with sacrificial offerings and artifacts made of gold that the Muisca indigenous dropped into the lake during their sacred ancient rituals.

From there, you will head towards the tiny town of Zipaquira. The wealth of the Muisca indigenous did not derive from the gold but the salt. Until today, salt mines exist in and around the area of Zipaquira. In one of the former tunnels of the salt mine, Colombian engineers have built the biggest underground cathedral of the world. The place is unique and one of the main attractions of Bogota. Explore this fascinating place and return to Bogotá in the evening. Hotel la Opera*****/ Hotel Casa Deco***

Enjoy an excursion deep into the lush Andean highlands outside of Bogota. Villa de Leyva is a colonial treasure of central Colombia. It is located just 2-hours outside of Bogotá in the beautiful hills of Boyaca. It is among the most beautiful colonial villages of Colombia Declared a national monument in 1954, the picturesque village has been preserved in its entirety with cobblestone roads and whitewashed buildings.

The village was founded in 1572 and was originally a retreat for military officers, clergy, and nobility. Nowadays it is a peaceful, bucolic village and one of the loveliest places in Colombia, filled with history, museums, and sightseeing opportunities. Visit the Plaza Mayor, the town square, and see the historical church, restaurants, and shops. Stay the night in Villa de Leyva. Boutique Posada de San Antonio***

On the next day, visit “El Infiernito”, an old indigenous shrine where the tribe of the Muiscas used to calculate the correct time for the harvest. Later, go to the Blue Wells, a reservoir of deep blue water that one cannot miss. On the way back to Bogota cross Ráquira, a picturesque town that has become famous for its long tradition of ceramic works. In the evening you return to Bogotá.

In case of unforeseen circumstances and to assure the passenger’s comfort and safety the itinerary might be subject of change.

Information for the client