The most terrifying Colombian myths and legends 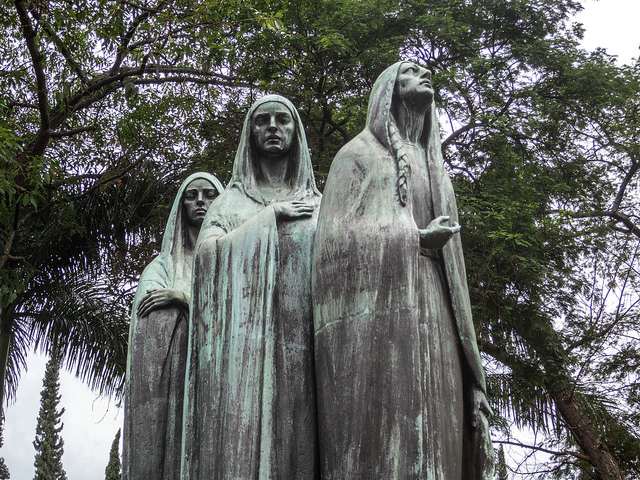 Halloween has infected us with its terror and mystery atmosphere. As a result, we remember those myths with which we grew up and that still make us scared to the bone. However, how not to do it? Colombian popular folklore is full of myths and legends. On one hand, some of them are full of magic, with valuable teaching. But on the other hand, there are others that are simply petrifying.

If you want to know what we are talking about, then find your blanket and curl up in your bed to read about the most terrifying Colombian myths and legends. 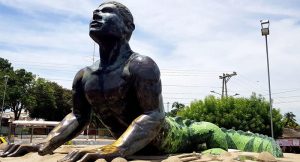 The Cayman Man (Myths and Legends of the Caribbean Region)

This terrifying legend shows the dangers of lust, a characteristic traditionally stereotyped in men from this region of the country. For this purpose, this legend tells Saul Montenegro’s Story, a fisherman obsessed with watching the ladies while they were taking a bath on Madalena’s River.

Therefore he visited a sorcerer who helped him to transform himself into a cayman using potions. So he asked a friend to allow him to use them. Nevertheless, when he tried to become human again, his friend was so scared to see him as Cayman, that he accidentally dropped part of the potion, only reaching for half of his body.

Consequently, Saul was converted into a half-man and half-alligator being. Since then, he has stalked the women who go to bathe or wash clothes in the rivers. Although in some stories it is said that Saul, devastated because the women did not return to the river, decided to let himself be carried by the river to its mouth, where he disappeared. 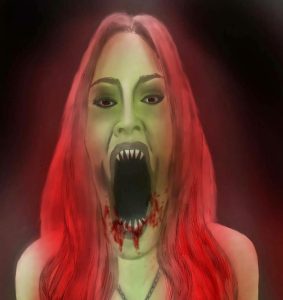 La Muelona (Myths and Legends of the Andean Region)

Legend has it that she was a young woman called “La Maga”, a Spanish gypsy who during the time of the conquest was in charge of helping women and punishing men. However, on her deathbed swore revenge against unfaithful and vicious men, transforming his spirit into “la Muelona”.

Also known as “the Fang”, she is described as a beautiful woman with long hair, big eyes, and teeth capable of destroying any living being. Additionally, they claim that she appears on rural roads just as it begins to get dark. There she attracts men with her beauty, who, seeing her teeth, flee in fear, many dying crushed by her jaw. 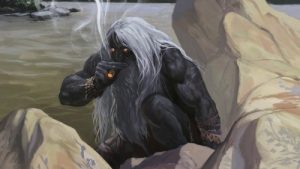 They say that the Mohán has lived in the deepest and most dangerous puddles of some rivers and streams.  There, he has internal caves or caverns that only he knew and considered his own. Additionally, he appears smoking thick tobacco to ward off insects.

Also known as “The Poira”, The Mohán is a human-shaped being, with a face and body burned by the sun, long hair, and penetrating and picaresque eyes. It is said that he enchants and falls in love with washerwomen and then takes them away. 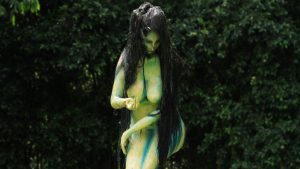 La Patasola (Myths and Legends of the Department of Tolima)

La Patasola is one of those Myths and Legends that are known throughout the national territory. Additionally in each region, they have a different version that adapts to their traditions and customs. However, this myth originates from the Department of Tolima.

It is said that she was a beautiful woman married to a peasant with whom she had three children. But, she secretly cheated on him with the owner of the farm where he worked, until he discovered them. Then in a fit of rage, he cut off his lover’s head, and while she was escaping he cut off her leg, dying from it. After this, the peasant burned down the house and took his children far away.

From that moment on, the soul in pain of La Patasola wanders desperately crying for her children. It is also said, that she seduces men with her beautiful appearance, but once they are in the forest deepness, she transforms herself into a horrible woman with fire in her eyes.

The Sombrerón (Myths and Legends of Cundinamarca and Bogotá)

Probably if you google the Sombrerón, you will find that it is also a traditional myth of some Central American countries. In Colombia, this myth began in the departments of Cundinamarca and Bogotá. However, towards the beginning of the 19th century, it became very popular in Medellín.  As a result, locals claimed that it went through all its streets on Friday nights.

The Sombrerón is traditionally described as a sinister character dressed completely in black, with a huge hat of the same color. Likewise, the Sombrerón always goes on his black horse accompanied by two huge dogs tied with thick chains. It is also said that it only comes out at night, taking advantage of the darkness to hide in the shadows.

The Sombrerón is characterized by appearing and disappearing quickly, scaring drunks and bandits. Despite its terrifying appearance, the Sombrerón only chases and insults them, without actually causing them any kind of damage. 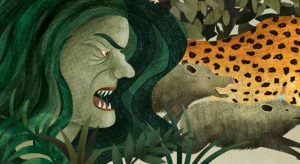 La Madremonte (Myths and Legends of the Llanos and the Amazon)

The Madremonte is a goddess who has control over the rain, the winds, and the vegetation. She is commonly represented as a strong and beautiful woman, half human and half jungle, dressed in leaves and roots. Although its appearance varies according to the area of ​​the country.

The Madremonte is a protector of nature, punishing those who mistreat her, mostly persecuting ambitious hunters and woodcutters. Large natural disasters related to water or wind are also often attributed to her.

Which of these myths and legends scared you the most? Check out our other posts here to learn more about Colombian culture.